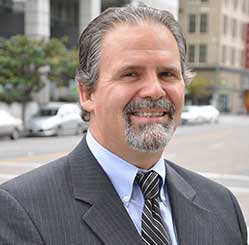 In his former position he appeared at most of the Workers’ Compensation Appeals Boards throughout Northern and Southern California. He also provided educational presentations to mangers and claims professions. He now uses his experience to advocate on behalf of injured workers.

He is a California native, a former automobile mechanic, and former member of the International Associations Of Machinists And Aerospace Workers local 1546. He has worked as a crew member or crew chief in a number of motor sports areas, including the Sports Car Club of America, National Hot Rod Association and World of Outlaw Sprint Cars. Hobbies include golf, fishing and tinkering with automobiles.