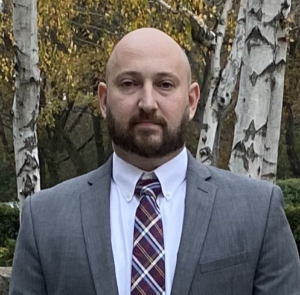 Eugene Vinitsky graduated from the University of California, at Davis in 2006 with Bachelor of Arts in both Philosophy and Religious Studies. Thereafter, Mr. Vinitsky earned his Juris Doctorate and certificate for Advocacy from the University of the Pacific, McGeorge School of Law in 2011. While in law school, he was the Vice President of the Community Outreach, Jewish Law Students Association as well as a member of the McGeorge Animal Law Society.

Prior to beginning his attorney practice, Mr. Vinitsky worked at the California Department of Corrections and Rehabilitation. There he gained valuable experience in managing multiple cases and working with administrators regarding medical malpractice issues raised by inmates against the system and its personnel. This experience has served him well in analyzing a wide range of medical and disability issues.

Prior to joining Ratto Law Firm, P.C., Mr. Vinitsky worked at several large well-known workers’ compensation firms in the Sacramento area. There he gained valuable experience from the applicant’s side of workers’ compensation cases, which has helped him develop assertive and cost-effective strategies. Having represented both individuals and employers/insurance carriers during his career has given him the advantage of experiencing how workers’ compensation claims are handled by both sides. He has been named a Rising Star by Super Lawyers for three years in a row.

While away from the office, Mr. Vinitsky enjoys gardening, fantasy football and spending time with his wife, multiple pets and friends.