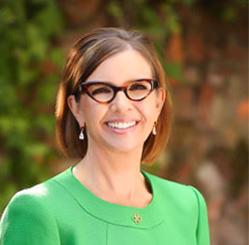 Ms. Kanter St. Amour has practiced employment law and workers’ compensation since 1998. She has practiced in both the public and private sector, including Orrick (San Francisco office) and the Judicial Council of California, Administrative Office of the Courts (AOC). While working in the Office of the General Counsel at the AOC, she supervised outside counsel on establishing policies and procedures for handling workers compensation claims after the Trial Court Unification Act, which reclassified more than 20,000 court employees in 58 California counties from their affiliation from county services and benefits; as a result, she has appeared at Workers Compensation Appeals Boards all across the state.

Ms. Kanter St. Amour was also in charge of supervising the state courts on HIPAA policy and procedure, as well as training state judges on insurance required ethics compliance. In addition to her law practice, she was an Adjunct Professor and Lecturer, teaching Mediation and Negotiation, at U.C. Hastings, U.C. Berkeley Law (Boalt Hall), and several law schools in Europe for over 10 years, as well as a regular Judge and Mediator at the International Chamber of Commerce in Paris for their Annual Negotiation and Mediation Competition. Ms. Kanter St. Amour is a certified mediator, having earned her certification from the Harvard Law School Program on Negotiation in 2008. She speaks Italian, Spanish, French, German, and just enough Russian to keep her out of trouble.