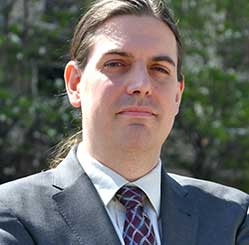 Richard Petrow joined the Ratto Law Firm in 2018, bringing with him eight years of experience in workers’ compensation having represented both injured workers and insurance carriers.  Mr. Petrow graduated from the University of California, Santa Barbara with a Bachelor of Arts in Political Science and Business Economics in 2006.  He then attended the University of California, Hastings College of Law, where he graduated and was admitted to the California Bar in 2009.  He has appeared at most of the Workers’ Compensation Appeals Boards in Northern California and now uses his varied experience to passionately advocate on behalf of injured workers.

Born in San Francisco and a lifelong Bay Area resident, Richard knew he wanted to pursue a career in law from a young age.  Since elementary school, he was told he would make a great attorney because of his analytical approach and ability to understand people and their motivations.  In his free time he is an avid sports fan and enjoys baseball, football and basketball.